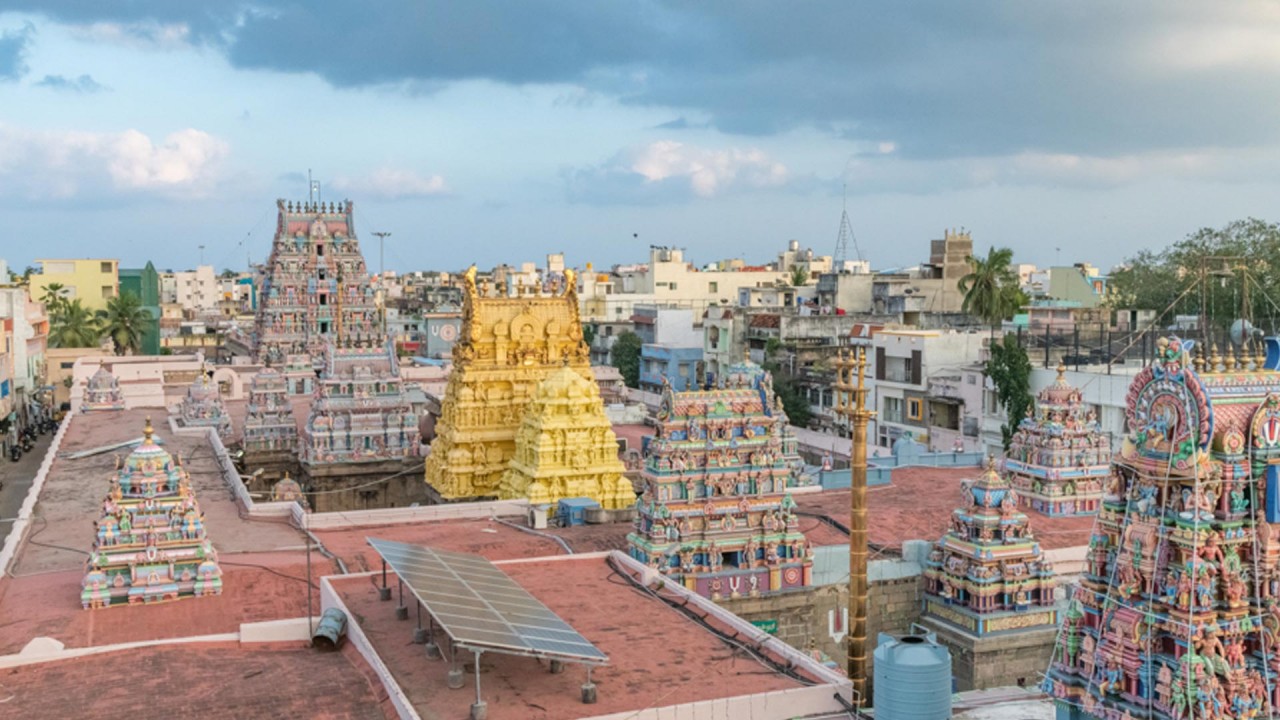 The 6th century Hindu Vaishnavite temple is dedicated to Lord Vishnu in the form of Parthasarathy. The word Partha in Sanskrit means “Arjuna” [son of Pritha] and the word Sarathy means “Charioteer''.  The presiding deity appears with a moustache and doesn’t hold any weapon.

The temple is located in a region called Alikeni. The word Alikeni means “a pond of lilies'' as it is said that the region had several lily ponds and was once a Tulsi forest. According to a legend, a king named Sumati went to Tirupathi seeking the appearance of Lord Vishnu as Parathasarthy who then directed him to this temple.

There is a sacred tank consisting of five holy wells and it is said the water is more sacred than that of river Ganges. The temple complex houses different forms of Lord Vishnu - as Narasimha, Rama, Gajendra Vardaraja, Ranganatha and Krishna. Vivid and striking rajagopurams and intricately-carved pillars are a sight to behold. Mythological stories are depicted on the mandapams.

The main sacred tank of the temple (Kairavani) is surrounded by five holy Theerthams namely Indra, Soma, Agni, Meena and Vishnu. Krishna is present in the shrine along with his consort Rukmini, brother Balaram, son Pradyumna, grandsons Anirudhha and Satyaki.

The temple pulls a huge crowd during Vaikunta Ekadashi during which 4,000 poems  praising the deity are recited.

Chennai Bus Depot, about 7 km away.

Chennai International Airport, about 20 km away.