Here is where images from the past come together to paint the collage of a glorious city; a work of art in itself. that reflects the richness of culture and heritage that adorns this land. Thanjavur is a destination unlike any other.

The rice bowl of Tamil Nadu, Thanjavur is located in the delta of the Cauvery River and is one of the largest paddy cultivation areas in South India. River Cauvery is the main source of irrigation for cultivation in the district which lies on the southeastern side of the state.

The district was once the stronghold of the historic Cholas and at one time it was also the capital of the Cholas, Mutharayars and Marathas when they were at the peak of their power. Since then, Thanjavur has been the centre of the political, cultural and religious sphere of South India. The pursuits of these rulers are reflected in the great monuments like Grand Anaicut, Big Temple and Sarofoji Mahal, Palace and Saraswathi Mahal Library, etc. in the district.

The district is famous for its exquisite ancient handicrafts-making of bronze icons, art plates, bell-metal castings, bowls, napkin and powder boxes, and engraving work of motifs. The making of pith-work, ornamental fans, mats and musical instruments are also famous in the region. The district is a flourishing centre of handloom silk and cotton sarees.

Visiting Thanjavur is like visiting a museum. Every nook and corner breathes history and heritage. Culture is in the air in this town, which is also home to green pastures and lush paddy fields. Local buses, both Government and Private, ply to Thanjavur from major cities like Coimbatore, Chennai, Madurai, Tiruchirappalli, Thiruvarur and Pudukkottai on a regular basis.

Tiruchirappalli International Airport, about 61 km away.

Tiruchirappalli Railway Station, about 55 km away.

Thanjavur is a popular year-round destination. However, if you wish to avoid hot and humid weather, December to February would be the ideal time for travel and stay in and around Thanjavur. The destination has hot tropical climate and during summer season, the temperature ranges from 35° Celsius to 40° Celsius in the region. There are some structures that would take your breath away in the very first glimpse. Here is one such wonder, so stunning and imposing. The Airavatesvara Temple is a splendid example of a place of worship rich in grandeur, history and divinity Amid thousands of sacred hymns glow a world of enchanting beauty – one that tells many stories of dynasties, historic triumphs and timeless traditions. The Brihadeeswara Temple is a testimony to the Dravidian architecture of the Chola Period. Here is where images from the past come together to paint the collage of a glorious city; a work of art in itself. that reflects the richness of culture and heritage that adorns this land. Thanjavur is a destination unlike any other. 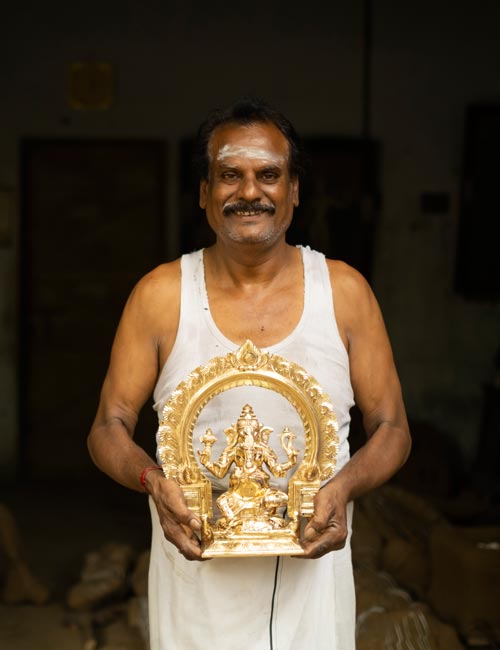 Cuisines of the Tamil Land

The delectable cuisine of Tamil Nadu is a culinary style which dates to antiquity and has since influenced the other states of South and South-East Asia. The great Chola king, Rajaraja II (1143 CE –1173 CE), built the Airavatesvara Temple in Darasuram, which is ranked only third after the two famed Chola temples of Thanjavur and Gangaikondacholapuram. Read more...