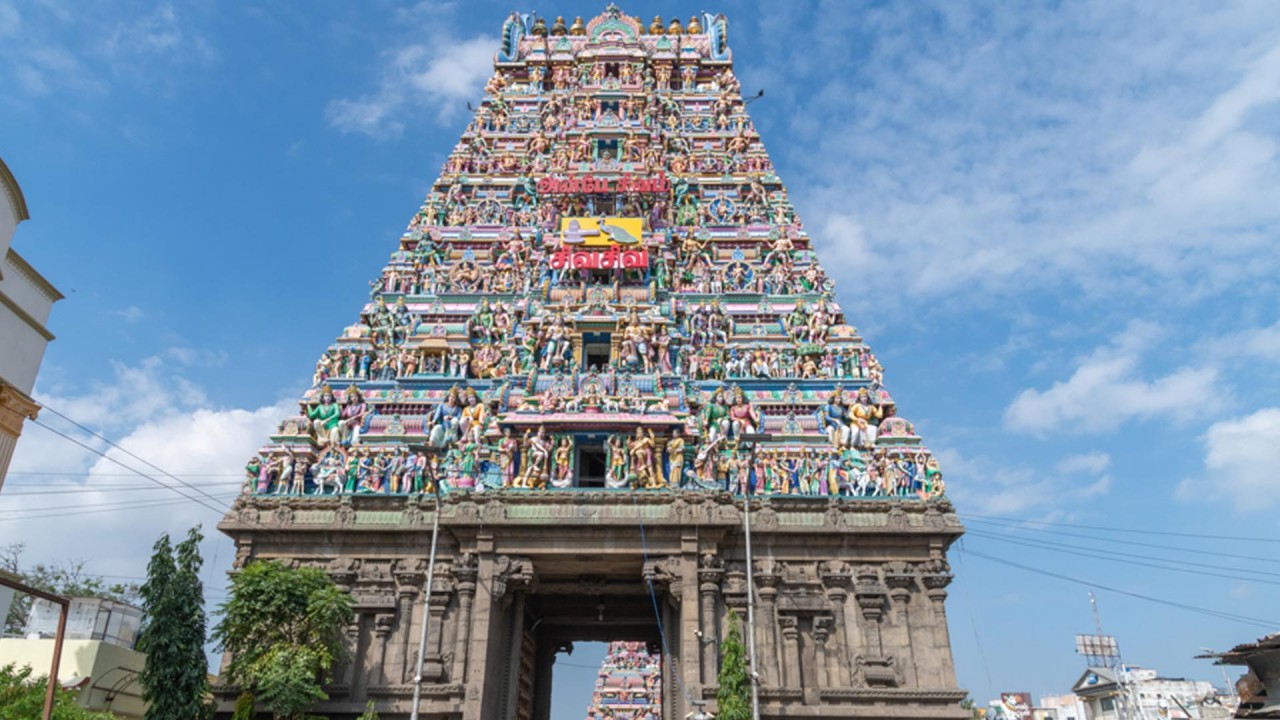 The temple is also known as Vedapuri as the four Vedas are worshipped at this auspicious place. The other name given to the religious site is Sukrapuri as Sage Sukracharya offered his prayers to Lord Shiva at this location to regain his eyesight.

The word ‘Kapaleeswarar’ is a combination of two words Kapalam which means “head'' and eswarar which means “Lord Shiva”.

The awe-inspiring architecture of the temple is a source of wonder to every visitor. They enter the sacred shrine through an imposing 37-metre high tower or gopuram. The gopurams on the east and the west are adorned with numerous beautiful mythological figures.

Pilgrims visiting the temple also worship Lord Shiva’s consort Parvati who appears in the form of Karpagambal. An image of a lion is located in front of the Goddess Karpagambal. An idol of the revered saint Gnanasambandar can be seen at the entrance of the temple. Other noteworthy sights here include the bronze carvings of 63 Saivite saints or the Nayanars.

The temple finds mention in the Thevaram hymns of renowned Shaivite saints named Saint Sambandar and Saint Appar. It also houses the sacred Punnai tree which is believed to be one of the oldest trees of Chennai. Adding to the beauty of the temple are the idols of Lord Ganesh who appears as Nadana Vinayaka or the dancing Vinayaka and of Lord Muruga who appears as Singaravelan.

Chennai Bus Stand, about 7 km away.

Madurai Airport, about 16 km away.

Chennai Railway Station, about 7 km away.

The ideal time for a leisure experience would be in the winter season - November to February - as the temperature would be moderate and the weather is pleasant.