A destination of divinity and history

The splendour of South Indian architecture radiates brightly in this shore. The majesty and glory of the Mamallapuram Shore Temple is one for all ages. Close your eyes. Meditate. Relieve yourself from the pressures of the world.

No trip to Tamil Nadu is complete without a visit to the historic town of Mahabalipuram or Mamallapuram. Take a stroll through those streets and you will quickly feel like taking a trip back in time. Monuments, temples, UNESCO World Heritage Sites – the attractions are many.

Of all the temples and structures in the area, the Mamallapuram Shore Temple is one that will for sure blow your mind away. Believed to be built during the reign of the old Pallavan king Rajasimha/Narasimhavarman II, the structure is one of the oldest temples of significance in South India.

Until recently, the shore temple was buried under sand. The temple consists of two sanctums – one dedicated to Lord Shiva and the other, Lord Vishnu. Built of cut stones and blocks of granite, the temple reflects the true essence of Dravidian architecture. A pyramidal Kutina-type tower consists of stepped stories topped by a cupola and finial. The Shore Temple complex was designated as a UNESCO World Heritage Site along with other temples and monuments of Mamallapuram.

Marco Polo in his travels have identified the Seven Pagodas of Mamallapuram. The shore temple is believed to be one among these Pagodas. The temple is considered to be the last among a series of seven temples built along this coastline. The 2004 tsunami exposed an old collapsed temple built of granite blocks. It is believed that six temples remain submerged in the sea.

The temple complex is indeed a place of history and beauty. Chennai International Airport, about 55 km away.

Chengalpet Railway Station, about 23 km away. 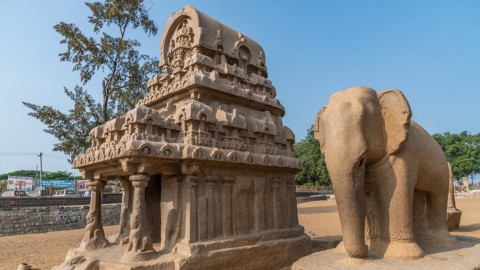 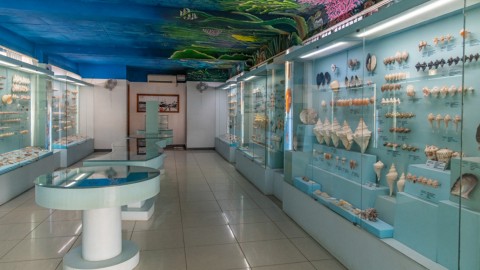